FilmLab TV studio, was IP based TV studio, where we, during the whole  57. International Zlin film festival, made a live TV production. We builded interior scene for shooting interviews with actors and other VIP´s. We also used two camcorders with LTE modems for live interviews from outside festival´s location, which we published "live" on festival's facebook page and every evening we did a live transmition from the Red carpet. The TV studio behind us was supplied by company DISK Systems and for more information about used technology let me ask their representative Mr. Michal Kyjonka.

For setup of live TV production workflow we utilized brand new, revolutionary technology, which was developed by company NewTek, and which use the NDI protocol for AV transmition and distribution via IP. The NDI helps us to simplify the whole setup. Traditional SDI cables we used only for connecting the studio cameras to main production switcher. Main production switcher we use in this studio is VMC-1 from NewTek IP series. Its very powerfull production system which can internally work with 44 source video channels, and physically has 4 3G HD-SDI inputs and 4 3G HD-SDI outputs. As external sources from field na city area we used JVC GY-HM660 camcorders with LTE modems, which sent the audio and video signal via UDP stream.  The UDP stream we received and decoded it by NewTek VMC-1 IN and this input module converted incoming UDP streams to NDI channels and they were available as sources for main switcher and other NDI compatible device on local network.

As another source for live production we use NewTek TalkShow, which allows to receive the Skype calls, and converts them to NDI, and makes it available as NDI source for devices connected to the local ethernet.

Except the main switcher VMC-1, there where available also two additional smaller production switchers,  Tricaster mini SDI and Tricaster mini HDMI, which allowed us, thanks to NDI, work with the same sources and send the different program outputs if necessary. One Tricaster mini we used as playout server for local festival TV channel. The PGM output from main switcher was recorded to internal hard drive for postproductionand simultaneously was PGM output streamed to Festival´s Facebook account as Live broadcast. Another distribution way was via distribution system Media DS, which allows 4 indipendend channels stream to different destinations at the different formats. In case of our Filmlab TV studio, Media DS unit sent the streams via Internet to the several location at Zlin city area, where the Brightsign LS 423 players received the streams and played them via HDMI output on the big LED screens.

Communication between the director and cameramans at the studio was via wireless intercom, which also transmited the tally. Intercom system we used was Pro-X XW-IS-4, which has 4 wireless channels include Tally and is fully compatible with Newtek IP Series VMC-1 switcher.

IP technology NDI made the setup of this temporary TV studio more easy a simply, because all audio and video distribution was carry out via ethernet, and one and only distribution device was the ethernet switch. 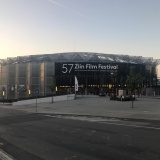 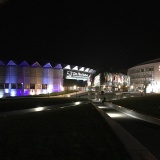 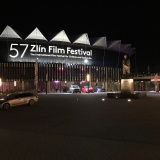 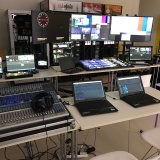 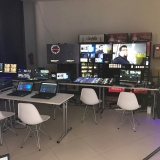 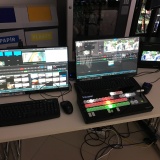 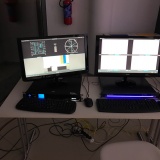 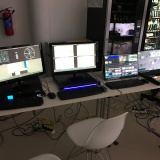 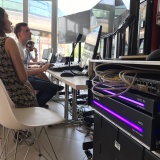 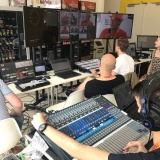 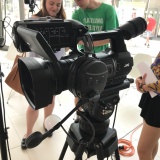 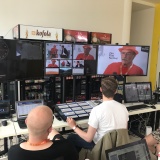 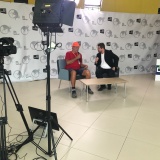 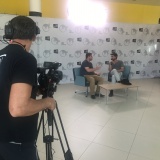 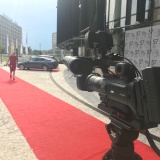 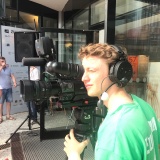 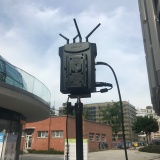 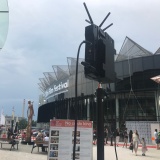 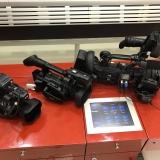 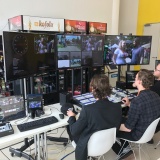 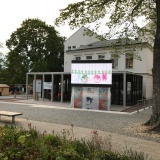 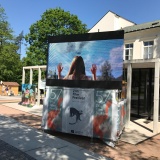 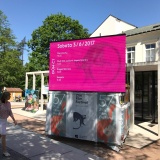 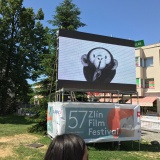 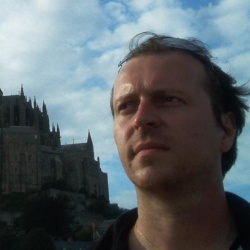 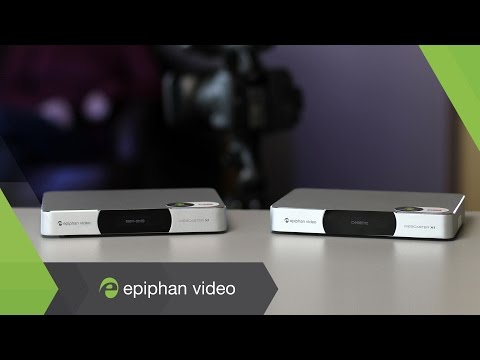 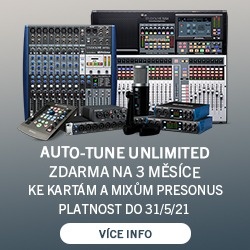